What I Believe: Buddhism with a Twist of Science


One of the most excellent things about pulmonary rehabilitation is all of the great people I've met: young, older, local, out-of-towners, and people with every imaginable kind of pulmonary disease. But there is one aspect that has at times been challenging and it's something I've been thinking about a lot lately: I have been thrust into a world of kind, well-meaning and very religious (Christian) people. In my pre-transplant world, I had become sheltered from that culture.

First of all, I do not have a problem with religious people (unless you are trying to convert me and in that case stay the fuck away! I think at most one can have things figured out for himself. Beyond that is arrogance and disrespect.)

Most of my family is Christian, I grew up going to a Presbyterian Church with a bunch of great people, and I even have a few religious friends. I know a lot of people who consider themselves spiritual in one way or another. I have a handful of temple-going Buddhist friends (I am not among them.)

And so it is that I have gotten to the point that I can be grateful for, and not cringe at, someone saying they will pray for me (mostly). And, most importantly, I have come to realize that each person has her own individual ways of caring and expressing that care for her fellow humans. In my mind, any love and care is a good thing. More care + love = world is a better place.

Buddhism with a Twist

Christianity is just one means to an end, one way of living your life. I will spare you the story of how my unhappiness with Christianity unfolded. Suffice to say that I have developed my own personal religion - I'll call it "Buddhism with a Twist of Science."

This golden rule doesn't just serve as my religious/spiritual view of the world but as the way I have molded my morals and the way I try to shape my actions; it is also the basis for my strong environmental convictions. I feel obligated to do the right things, take the right actions, give back to a world that has given me so much, and be the best person I can be because it is the right thing to do, not because there are repercussions, punishments, or because I might become a factory farmed chicken in my next life.

The golden rule means that I answer to the person with the absolute most rigorous, highest possible standards that could be set for myself: me. It means that if I know I have let someone down, I have let myself down more. It means that if I do something wrong and I know it's wrong, I punish myself repeatedly in my head. To me, the struggles of woman are lost and won on the battlefield of her conscience. 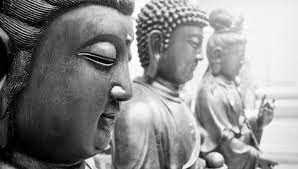 In addition to this practice/philosophy of living the right way because it's the right thing to do, Buddhism - and I use the word loosely because I don't have as strong of a grasp on it as I would like - also comes into my beliefs in that I believe god is in all things. (Side note: Todd and I have been watching the Cosmos series...Wow! Highly recommend it. Highly. Actually, stop reading this and go watch it now...or soon. Seriously. It's that good. And that important. Society has so lost touch with the amazingness of our scientific discoveries! But I digress...)

To elaborate, my god is in plants and animals, sand and sky, earth worms and dirt. Yes, dirt! God is in the bursting blossoms of our rhododendron bush in spring, it is the smell of jasmine, it is in my nephew's smile over Skype when he's absentmindedly twirling his hair and being shy still sleepy from his nap, it is that impossible hockey goal scored in the last seconds of the game, it is in the big sky of Montana, the cobblestone sidewalks of small Irish towns, the cloud forests of Central America, being in the desert surrounded by nothingness, it is enjoying every bite of a really good meal, it is a ring whose ornaments make you smile, it is a song that makes you cry, it is in finally figuring out the answer to a really tough problem, it is the end of a really great workout, it is a doctor with a gift to have his patient always leave him happy, it is a job you love, it is waking up with a warm purring cat next to you, it is the first kiss you give your dog after his bath, it is a brand new car you never thought you could afford, it is a husband who will do everything to take care of you, and yes, it is the first sip of double-brewed iced coffee with cream on a warm sunny blue-skied afternoon in North Carolina. God is all the moments that make life worth living. To me.

And while humans are especially, well, special, we are also un-special in that we are made up of the very same elements as everything else in the universe: planets, comets, stars, black holes... it's really incredible and makes my mind twist to think about. We are more similar than different, all of us, everything.

What Sets Us Apart

We have evolved to such a high level of intelligence there is clearly a difference between us and most - but not all - other life on this planet. This means that we are able to appreciate Earth's beauty - through art, music, poetry - in a way in which other species who are solely concentrated on survival cannot do. It means that we have the ability to be gracious and thankful for all that we have, and that we should be generous to those who don't have as much as we do.

And, as an environmentalist, it means that we should take care of this amazing planet. Not because we (humans) are the ones who have messed it up, not because we feel bad if we don't, not even just for future generations - although those are all great reasons! - but because it's the right thing to do. And because the world would be a better place if everyone acted this way.

My biggest complaint with my religion, and this is probably true for any religion that is more spiritual or philosophical than traditional - is that there isn't really a good vocabulary in which to talk about it. When someone says, "I'll pray for you," that's a really succinct way to express well wishes  toward a person.

To say other things such as "I'll be thinking good thoughts for you" or "I'll send good vibes/juju/love/wishes" just don't have the same ring. They sound wishy-washy, new agey, or just plain silly. We need another word that's as succinct as "pray." How about prish? (pray + wish or, alternatively, pray-ish lol)? While we're at it, I also want to update connotations of the words "fellowship" and "blessing" - I really like those words and there isn't a good, easy substitute for them. So there. I feel blessed by the stars of the galaxy, bitches!

So back to pulmonary rehab. I think this immersion has been a good experience for me, as much as I have bitched and complained along the way to a select few, because it has allowed me to reexamine and fine tune my own religious/spiritual beliefs. We all need something to hold onto, maybe even more so when we're really sick and death is a lot closer than we'd like it to be.

My peace and comfort comes in knowing that I am doing the best I can while I am alive, and then when I die, the elements formerly known as Laura will return to their rightful place on Earth - and eventually the universe. One day, if I'm lucky, maybe I - maybe we all - will be part of one of nature's spectacular shows. Catboogie's comet? A Laura meteor shower? A super nova Laura?? The possibilities are, literally, endless. 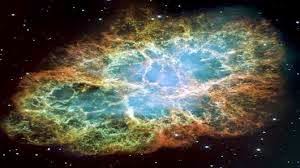 Posted by environmental fiend at 9:25 PM