Mijn Tweede Drooglopen (or, "My Second Dry Run" in a language that sounds cool)


After a bit of a drought of my own - with respect to blogging here the last couple of weeks - we had the thrilling experience of another dry run yesterday.

The whole thing went down very similarly to last time: got called on a Saturday afternoon, the timing was pretty good for us (napping vs just finishing a meal), the hospital was eerily still and empty, and we didn't end up being at the hospital for an incredibly long time. Both calls came, neatly, two days and roughly two months after being listed.

We were at the hospital for longer this time, and we did get a little further along in the work-up. When I got there I gave them a urine sample, changed into a gown, they did a bedside EKG, drew a ton of blood from my trusty port, swabbed my nose and went through my medications. I was running a very low-grade fever (which I wasn't aware of) but they weren't concerned about it.

After a while, someone working with the surgeon on call, who was Dr Davis, came to go through my medications again, ask me questions about how I had been feeling and have me sign the consent for surgery. The woman was very matter-of-fact-ish and kind of rubbed me the wrong way. But she was tolerable. At least she didn't dwell on the "you realize that lung transplant is the end of the road" part of the consent like the guy did last time.

All-in-all, I was not super thrilled/impressed/un-annoyed with the staff I came into contact with. Surely my attitude going in (being less than ideal for whatever reason) was part of the cause of my annoyance. Things definitely got started off on the wrong foot when the guy transporting me from check-in to my room gave us a 10-minute non-stop, repetitive, talking-to-himself-ish "tour" of all that we were seeing along the way with such pizzaz and articulation as "that spikey thing you see is the top of the Chapel...you can see that spikey part, that's part of Duke Chapel."

I was also rubbed the wrong way by a couple of the nurses who were very nice but who kept asking me questions and talking on top of one another regardless of whatever else was going on. They added chaos to my uneasiness. And, during what seemed like endless preparations for a shift change, one nurse seemed to be explaining the same obvious things to the other in a way that seemed both slightly condescending and/or control freakish. In fact, there was more than one moment when I found myself thinking, "y'all have done this before, right??"And the strange thing? I had BOTH of these nurses for my last dry run! Who knows. At least they were well-meaning. But the first nurse did not leave, poking her head in after about three previous goodbyes, without saying she would pray for this to be my day, which I thought was a little inappropriate.

Anyway, more time elapsed. I was told to take off my insulin pump and they transitioned me to an insulin drip. I was also given my first dose of Prograf, for which mom and Todd had to mask up in addition to their gowns so as to not accidentally inhale any of its particles. The pill is emptied under your tongue and dissolves within a minute or so. Thankfully it is tasteless.

Eventually, a respiratory therapist (RT) came in to give me what my new nurse (whose grip on the English language was good enough to get her a job at Duke but not good enough to keep me from asking her over and over to repeat herself) called "albo" - albuterol, I finally realized - before two nebulized antibiotics. Why I had to request the RT to not lay out my assembled nebulizer cups (mouthpieces exposed!!) onto my very un-sterile bed sheets I will never know. Anyway, one of the antibiotics they gave me I have had before but no longer do because it was causing me brocho-spasm (Colistin) and the other I had not had (Amikacin - notorious for making people cough their brains out.) I did fine with both of them.

Oh yes, I almost forgot one of the most annoying things! Before my breathing treatments, I wanted to try to clear myself out as much as possible - that is what I do at home with my therapy: vest with inhaled saline that makes me cough stuff up followed by other nebulized things that I want to stay down there and do their thing. This was per a suggestion by the surgeon I met in clinic last week named Dr Lin who suggested I do some good airway clearance before surgery to make lung removal less messy.

So I was huffing and coughing to get stuff out but there was one problem. My IV pump would start beeping every time I would cough really hard - we are talking really obnoxious, drive you crazy, insanely loud beeping. We finally figured out which button to push but seriously, how ridiculous is that? The cause was some kind of issue with back-pressure in my port when I coughed and the slowness of the IV drip. But again, why isn't this something that happens enough that they are familiar with it?

We had arrived around 3:30. The only information I had about a time we might hear whether or not the surgery was "a go" was that the donor OR time was 7:30 pm. So we knew it would be at least that late, probably later. Just before 10 pm, the coordinator called to say it was a no-go. I thanked him for letting me finish my banana pudding after his initial call earlier and we were outta there about 20 minutes later, no worse for ware other than minus 15 or so vials of blood, feeling a little hungry and with the lingering sensations of Prograf in my mouth.

So that's the play-by-play. But I have said nothing about what was going on in my head. If I could give myself a grade for how I handled the first dry run I would give myself an A-. For this one? Probably a C. In other words, I was holding it together but my head was not where I wanted it to be despite my affirmations, meditation, breathing/stretching and come-to-Jesus talks with myself.

I cannot for the life of me figure out why...if I was superstitious I would say maybe it "meant" that it was not the right time for my transplant to happen. But that is not how I want to think about things with my Buddhism-with-a-twist-of-science spiritual beliefs. I was feeling a lot more scared and a lot less zen than I thought I would...I was not scared about whether or not I was doing the right thing, I was scared about the possible risks/complications/unforeseen things that may come from the surgery. If there are two things I have learned from all the transplant people I've met it is that every person's journey truly is unique. Also, the possibility for something unexpected happening is almost a guarantee - you can only hope that it is something that is easy to fix!

Basically, all of the stuff I cannot control I was having a hard time letting go of. I have known from the start of this process that this would be the most difficult mental part of this surgery, to relinquish control (at least for some time) of my care. With all of my dissecting and analyzing of this process, I still feel like it is never going to feel "natural" to do that. I am going to have to close my eyes and believe that the net will appear (thank you for the constant reminder of that, Erica Haney.)

I was also feeling sad off and on, for a reason I can't explain other than the fact that I was just over-run emotionally and that's the way it came out. But I didn't want to be sad going in for transplant. I didn't want to be sad or scared or hesitant. I want to be at peace - I believe that a peaceful mind puts your body in the best possible place for surgery; I believe that the mind has a tremendous amount of control over the body. But I just couldn't get myself there.

After a heart-to-heart with Todd, I did manage to get to a point of being at least okay with things - I would have been able to do it, and I think both Todd and I thought surgery was a very real possibility. But excited? Not so much. I can only hope that next time will be the time and that I will be able to bring my "A" game. 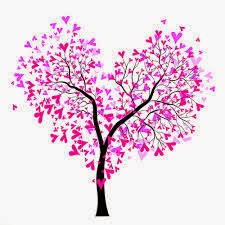 Posted by environmental fiend at 11:14 AM