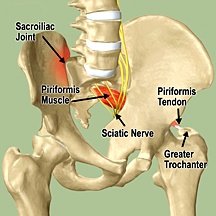 Last week I had my 5th steroid injection (didn't seem to do a lot of good, unfortunately, same as the last one) and I had my first appointment with a new physical therapist. I really liked this woman.

She was quickly able to tell what was going on, and it is two-fold: My flare-up right now is more of an SI joint issue than a herniated disc issue, she thinks. Both things are at play, but the SI problem is predominant. And I agree. THIS IS GREAT NEWS! Because it means that surgery for a disc is far away from an option now - right where I want it to be.

But it is kind of a tricky thing because the treatments for the two things are kind of opposite: for a disc issue, you want to do back-bending type exercises and for the SI joint you want to do forward folding type of things.

The very first thing is to get my piriformis muscle to release. It runs through my glutial area and is SO unbelievably tight. Super super tight. It's really painful to stretch this muscle, but I'm hoping it will get easier over time.

Anyway, I really like this new PT woman and I'm hoping that she might be the person I've been looking for. I have gotten lots of pieces of the puzzle figured out from various people. My acupuncturist probably had a better idea of what's going on than anyone else before now. But no one has had as good of a grasp as this woman. 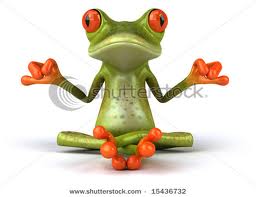 For those of you who follow my blog, you may recall a post I wrote back in September outlining the journey of my herniated disc. (What's up with my back?) To summarize, my problems began a year ago and I have tried almost everything imaginable to treat it. While much of the past year things have been okay and the pain has been either manageable or, in some cases, completely gone, I find myself now in another fairly acute flare-up. I'm frustrated. I'm discouraged. I'm tired of being in pain. But I am not giving up!

This coming week I am going to try a couple of things:
Additionally, I started a new medication this week called Neurontin. It was first used to treat epilepsy but is also used to treat nerve pain. It does seem to be helping - I've been taking a lot less pain medication since starting on it - and I haven't had any side effects with it yet. So it is promising. 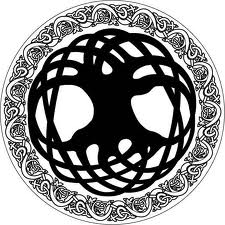 Posted by environmental fiend at 7:31 AM No comments: