When I look back on this time in my life, it will be the time when I was acutely dissatisfied with politics, when my volunteer work was absolutely hopping, and when I could not escape the music of the band Kansas.

But this blog is not going to be about nostalgic 80s music or my busy volunteer life. I do, however, have some choice words about what is going on politically right now, both nationally and in our state. Politics has never upset me as much as now. I just cannot believe what's going on!

Let's back up a bit. This anger has been building for a while. It started with he-who-shall-not-be-named who's running for president. He seems to spread hate everywhere he goes. His one potential good quality - that of being a good business man - is even false.  What else is there to like? Surely people realize that those who put others down are actually insecure about themselves (psychology 101.) 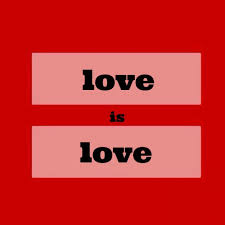 I believe with every bone in my body that the nameless man is a very bad man, incapable of leading or representing our country other than as if it was a game, and constantly making moves so that he and his super rich buddies will be the big winners after four years. My prediction: Everyone else will be the losers. The rich will be paying lower taxes and the middle class will continue to be the one holding the economy afloat. I cringe to think what else could happen during his dynasty. How does a country fare well having an unprofessional, immature lout representing it?

Lastly, I'll say this about the nameless man. His hatred and racism brings out the worst in his supporters (an apparently his haters too). They jump to violence, they scream and yell at those who disagree and they seem to desire a less-inclusive, more totalitarian form of government. (Stalin, Mussolini, Hitler, Kim Jong-un... Are these people to replicate?) No thanks! Fortunately, fortunately, not only is the man himself but also other, actual respected members of his political party, are going to make sure that he gets no further than the campaign trail. His disappearance from every news broadcast and daily headlines cannot happen soon enough for me.


The bigger concern for me right now (although it's very close) is what's going on in state politics. It's actually closely related.

During the last few years, most people are aware, our country has seen  positive changes for the LGBT community - to me, it has been such a relief to think of the stress, tip-toeing and violence disappearing and for the LGBT lifestyle not to come into question with as many people. (Well, I guess you can't ever really know what people are thinking, but at the very least it has became less or unacceptable for LGBT folks to be publicly harassed, ridiculed or discriminated against.)

The backdrop to what's going on now: Our governor came into office a few years ago and I really thought that he, having previously been the mayor of a major metropolitan city in North Carolina (Charlotte), was going to be fairly centrist in his politics. That, sadly, has not turned out to be the case. Unfortunately, the billionaire man who was the driver of the 2010 legislative tea party sweep has also been molding our governor. 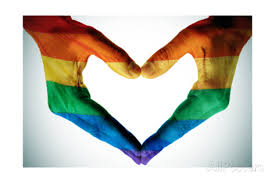 Recently, the NC legislature passed a very bad bill (signed by the governor 12 brief hours later) lessening the protections of LGBT people. Here is what it did: It bans all local non-discrimination ordinances with protections for people based on sexual orientation and gender identity, among other things.

The bill came about because the City of Charlotte was trying to pass a provision that would allow transgender people to use either a men’s or women’s restroom based on the gender with which they identity. Several cities in NC had LGBT protections in place which were nullified. Talk about taking a social step backward!

The argument was sold by using some very flawed logic. Lawmakers played on peoples' fears, and they made safety claims that just aren't true.
I also heard the argument that citizens have the right (definition: the thing that gives citizens political and social freedom and equality) to treat LGBT people differently because of something their religion says (or made up or something they just don't like)! That is straight up discrimination (definition: to make an unjust or prejudicial distinction in the treatment of different people or things, especially on the grounds of race, sex or age), and no one has the right to do that.

I want you to know that for me, this is a very personal issue, and it's very embarrassing to be a North Carolinian right now. Two of my family's best friends when I was growing up were a gay couple. It never seemed weird or unnatural to me. Ever since then, I have had a long line of gay and lesbian friends. It hurts me to see what their struggle has been and to see it continuing. It is my struggle too. They are normal people and they are great people, just like other normal and great people you have in your lives.

The Anger Inside Me


I have been trying to figure out why all of this LGBT hate makes me so angry. Partly because it's personal: I said already told you about my friends and I can't bear to think that some people see them as less-than-human or freakish. It makes me very sad. Also, I don't believe that sexuality is black and white for a lot of people, myself included. And it irks me that some people consider themselves morally superior to others just because they go to church or believe in a (noninclusive and only conditionally loving) god. It would be nice if it was true, but sadly, it is not.

If only people would accept that homosexual, bisexual and transgender people are just part of the world, not out to mount an offense on straight people, trying to convert them or pervert traditional man-woman relationships, they might be more accepting. If people spent more time on acceptance and less time on hating, our problem would already be over. We wouldn't be discussing it in 2016 and we certainly wouldn't be making laws about something that is a deeply personal and private choice.


So here's the thing: I am so worn out and tired of being angry! It isn't healthy to carry all of that around. I have tried to find peace with all of this. I've signed petitions, I've given money, I have talked to people and now I have written this blog. I know I cannot find solace from the world; it has to come from within myself. But I am struggling to figure out how to rationalize it, how to separate myself from the bad, how to make it okay. So far, I got nothin'.


I have never been this worked up about politics. I want to react and engage about these issues but I want to do so smartly. I do not want to be a hater, like them, because I don't want them to block me out and hate me - nothing ever gets accomplished that way. I don't want to keep my head down because differences of opinion will ever get solved that way. I just wish I could zap some facts and accurate information into those peoples' brains. And to show them what compassion really means, that it makes you a bigger person, not a lesser one.

I have hope within myself that the world will become a better, more understanding and loving place where people take care of their fellow humans, animals, plants and nature. I ask the universe to lead people in that direction every day. Maybe it is too much to ask and I can only do my small part. But that seems like a global tragedy, the forever missed opportunity and an indication that we, as humans, are probably doomed.

So who knows what will happen? I feel pretty secure about the nameless one not making it into office, or even onto the ballot. But what about NC? I don't think that our governor will be reelected, not after this. Which state will be next to follow our bigoted legislation? Mississippi and Tennessee have already done it. Which minority will be attacked next? Maybe it will be someone that you know or care about or even you yourself. How many companies and people will divert business away from NC, move somewhere else, take their tourist business elsewhere and think down upon all of us?

I'll tell you one thing. I'm not sure how many cancelled Bruce Springsteen-level concerts people will put up with before state government concedes that they are wrong. But I know a lot of people who love this state and are as furious as I am. I'm pretty sure they're here to stay, and they have a vested interest in making sure that North Carolina does not continue to be on the wrong side of history. We all do. 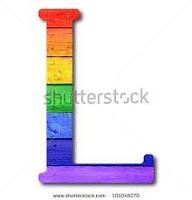