I spent so much time on my first two trip blog entries that I have lost some steam by the last two. I let the pictures guide the narrative last time, and I think I will do the same for this one. (I also have ulterior motives: I have to catch you up to speed on my health and I have an upcoming work trip to Vancouver - I have never been - which I'm sure I will want to blog about and from which I will also hopefully have lots of cool pictures.)

We met Todd's aunts in Ennis, MT for lunch the day of our departure. After that, we drove through Yellowstone and Cooke City on our way to stay in Cody, WY that night. Unfortunately it was dark after we left Cooke City and we missed some of (what I hear is) the very best scenery in those parts. Not to fret, there was plenty of other beautiful stuff that we saw.

Some stuff we saw in Yellowstone:

We spent the night in Cody, Wyoming, about 1.5 hours past Cooke City, and started out the next day south toward Rocky Mountain National Park near Boulder, CO. The trip through Wyoming was eerily desolate with the strangest most inconvenient road construction I'd ever been through. Traffic would have to stop but there was no telling how long you would be stopped in the hot, summer sun...5, 10, 15, 20 minutes. Grueling.

Much of Colorado until we got near the Boulder area was surprisingly flat. We made our way to Estes Park (a place about which we do not have much good to say besides its convenient location), about 10 miles outside of Rocky Mountain National Park, which we wanted to explore the next day. (Side note: the city we stayed in and the area around there, including the park, have all been influenced by the massive flooding in the past week - crazy that we were there just four weeks ago!)

Rocky Mountain National Park was amazing. The altitude was a killer: I was super-duper having to wear oxygen the entire time in Colorado basically - but especially in Estes Park (about 6,000 feet) and on into the park (up to an astonishing 12,000 feet!!) 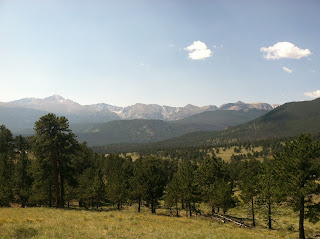 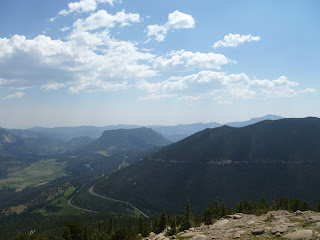 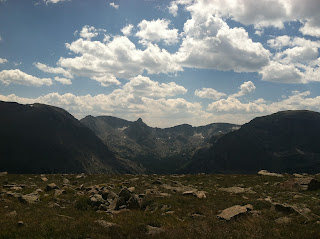 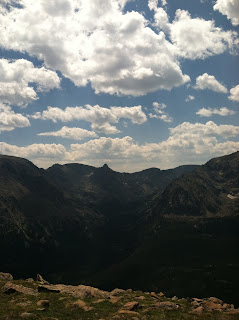 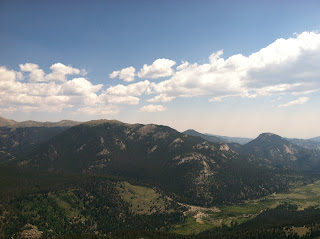 Now after from Colorado: One night in Goodland, Kansas; one night in St Louis, Missouri; one night in Knoxville, Tennessee.
THE END
Posted by environmental fiend at 12:14 AM No comments:

Trip, Part III: Where the Deer and the Antelope Play

Montana. It will always hold part of my heart. If you haven't been there to experience it for yourself, I think that you will understand why after you see my pictures.

We spent about eight days in Montana this year. The biggest change from previous visits is that my brother-in-law Brad now has his own fly shop! 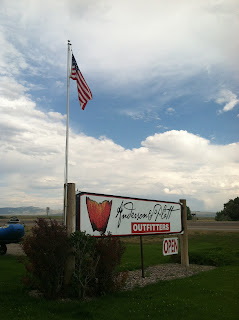 Not only did we get some sweet deals on outdoor clothing and such, but the shop proved to be a very fun place to hang out and relax after a day just driving around, a day of nephew-watching, or a day on the river.

We stayed with Brad on a ranch outside of Dillon, MT. Dillon is in the southwest corner of MT. We were lucky to have fantastic weather most of the time. It was warm, sunny and no smoke from wildfires was to be seen.

One of the best things about being in MT was getting to spend a lot of time with our 5-year old nephew Sawyer. He is a really good kid, a lot of fun to be around, and has more energy than any of us can keep up with!

Here are some pictures of a really fun half-day float down the Beaverhead River that Brad took me, Todd, Sawyer and the two dogs Clyde and Henry on. Talk about a boat load!

Some other fun things we did with Sawyer - aka how to be the coolest aunt and uncle ever.
We also took him to the movies, bought him a new pair of tennis shoes for school (which he claimed made him 'really fast'), played 'I Spy' until we were blue in the face (...seriously, this is Montana, this game takes a lot of imagination!) and made a comprehensive count of all the stop signs in Dillon.

Todd and I did get away to do some stuff on our own - we went on a couple of very cool drives - cool as in scenic and to neat fishing spots we'd never been to. Unfortunately, a lot of the places we went to elevation continued to affect my breathing pretty significantly, so we were not able to be as active as we liked.

I love this picture of Todd walking down to fish a small strip of river: 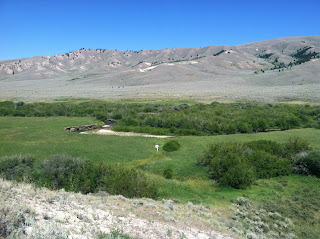 A big part of our Montana trip was getting together with Todd and Brad's four aunts (whose own vacation to MT overlapped accordingly with ours) to spread Todd's father Roger's ashes in the Beaverhead River.

The day we picked to do it was perfect. We all met at the flyshop in time for cocktail hour (the unofficial time between getting off the river and the shop closing at 7). Jill (Sawyer's mom) and Sawyer put together a wreath of flowers - something visual to see float down the river. The aunts had put together a 'message in a bottle' that they hoped would find its way all the way to the Gulf of Mexico - Roger's final adventure.

The Best Day of Fishing Ever

The day after the ash ceremony, Brad, Todd, Clyde and Henry and I went fishing one last time on the Beaverhead. I am not exaggerating when I say that it was one of the best days fishing ever for me. It wasn't because I caught a lot of fish - although that may be true for Todd! - but because the weather was beautiful, we were all relaxed and just happy to be together. (Sawyer had gone back home with his mother that day.)

Here are a few pictures from that day:


My Montana story would not be complete without mentioning the awesome Anderson & Platt Outfitters store manager Josh, who led us to some great fishing spots, had a super awesome and very smart dog named Summer (who kept Sawyer entertained when we had all been worn out) and who was just a really great guy to get to know. (Unfortunately only Josh's arm made it into this picture.)

And finally, a brief nod to my underrepresented but not under-appreciated traveling companion, oxygen. Without you, I wouldn't have been able to do half of what I did out West - at least not without my body paying the price for it. 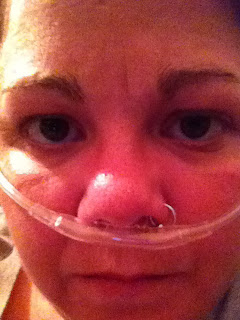 Posted by environmental fiend at 8:42 PM No comments: