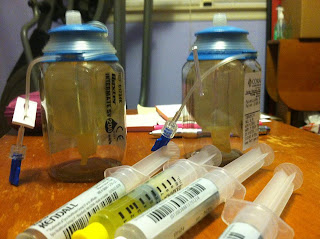 My last dose of antibiotics tonight...sa-weet!

I wanted to tell you about my appointment today. (Follow-up from being on IV antibiotics for 2 weeks.)

The order of things was a little strange. I actually saw my doctor before (and again after) I did my lung function tests because the PFT lab was backed up. We agreed that I had made the right decision to do IVs and were catching up on other things when the lab technician came to get me.

On my first blow, the absolute strangest thing happened...I was at the end of my expiration, squeezing every last bit of air out of my lungs, when I suddenly found myself not at all in my own body anymore. It lasted for 15 or 20 seconds. I was trapped in a semi-conscious state, heaven and earth collided and everything was one. In short, I came very close to passing out - which has never ever happened to me before.

I told the technician but she wasn't too surprised. She had some sort of name for it, "vageling down" or "a near syncopal episode" - which was a fancy way of saying you almost passed out: you get light headed, start seeing stars...  It can happen when the blood rushes out of your head too quickly, which can happen with forced expiration like during a PFT test, but it may be worse since you are continuing to push air/exert pressure on the vagel nerve. I guess it was like a gigantic mondo head-rush, the difference being that it lasted longer. In any case, I was relieved to know that I was not the first one to experience this.


When I asked WHY this could have happened, she asked if I had eaten - yes, I had a normal breakfast; She said that I could have been a bit dehydrated - but I have been drinking water like a fiend for the last week as well as mostly staying out of the heat and besides it's only 83 degrees today! In other words, both of her suggestions were extremely improbable, so I found myself trying incessantly to figure out what might have been different about today than other days. I still have no idea. 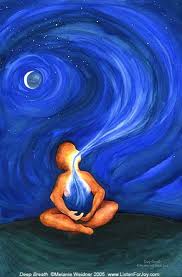 Back to PFTs: I took it easy on the next two blows. As in - I stopped way before I was actually out of air so that I wouldn't come to the point of la-la-land. And all and all, my numbers were up about 5%, which is good but not spectacular. I am happy with it, though, given how I am feeling symptomatically.

Honestly, I was a little shaken after 'the incident' for the rest of the appointment. I had told both my doctor and the technician and neither of them were too alarmed. So I didn't feel in any kind of medical danger. But when something weird and unexpected like that happens, I automatically feel anxious and my brain goes into detective mode.

I just hope that it never happens again. 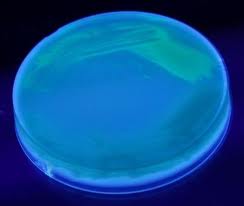 The second thing that was kind of strange: my bacteria cultures from two weeks ago (i.e. right before I started IVs) showed my bacteria concentrations lower than I remember them being in a long time. Usually they are all 3 + and 4 + (4++ is the max), but everything was 1 +, except for my multivorans which was 3 +. My doctor said that in his experience, over time one bug tends to win out over the other ones. Is that was is happening, or is this just an accident? Is this a new trend or just a fluke? There can be a lot of variability to these tests, so I'm not putting too much stock in it, but I will be interested to see what happens going forward.

One other note on that. Not that it is necessarily good or bad, but the multivorans is one of my better bugs in terms of antibiotic resistance. In other words, lots of antibiotics still theoretically work on it (unlike my other bugs that are more particular.) So like I said, I will be watching the 'Battle of the Bugs' closely.

And, finally, a bit of good news. I had a bone scan this morning and both my femur and hip bones were WAY UP in density - yay! I am not sure why this is - I had an IV-bone strengthener about a year and a half ago, but with all of the Prednisone I take and the caffeine that I drink -- let's just say that I consider myself very lucky.
Posted by environmental fiend at 10:01 PM No comments:

Sometimes it doesn't pay to wait

It has been some time since I felt inspired to write, and you know what that means. Time for a quick run-down of what has been going on!

The big(ish) news is that I am currently on a 2-week course of IV antibiotics. I had not been feeling spectacular for a while (more congested, coughing more than usual...) for a while, but I was totally hanging in thanks to exercising a lot and my trusty stop-coughing go-to pills, guaifenesen. The cards really started to fall the week that I had a grant writing workshop in Greensboro mid-June - I was feeling super tired and run-down. I got started on some oral antibiotics which worked really well for a week or so when I went to see my doctor.

At that time, my numbers were a hair below what they were last time, which was also a little lower than they had been the time before that. My real concerns were my energy dropping and also that I have two awesome vacations coming up that I want to be in tip-top shape for. So we went for the IV antibiotics. And I knew right away that I had made the right decision. (And, for the record, Todd knew like three weeks before then that it was time for IVs soon.)

The day after I started on them I felt really horrible: tired, achy, malaise, fever, no appetite. But since then, things have been going along pretty well. I haven't had any trouble with the Tobra (I had some tinnitus the last couple of times I was on it, which can correspond to hearing loss) except that they had to increase my dose because my levels were too low.

But the really weird thing about all of this? Unlike every other time I've been on IVs when I would totally beat myself up about missing work and always be trying to do more than I should, I have been totally enjoying my time off! I feel kind of guilty saying that. But who wouldn't love an unexpected 2-week vacation? Of course it's not all fun, but largely I have slowed down and taken time for myself to heal. And it feels really nice.

Posted by environmental fiend at 10:20 PM No comments: