An Eventful Week (or so)


I wondered what would finally spur me to blog again. It's been many months and a lot has happened. My eventful week seemed like as good of a place as any to start.

Let me back up for a minute. My mom had knee replacement surgery on Aug. 11 (three, almost four weeks ago.) The surgery itself went great. She was up and walking the next day and out of the hospital after only two nights. After she was home there was a period of pretty intense "daughtering" as I called it. I stayed at her place through the weekend, then went twice a day, and finally once a day and even now I'm going every few days. I mention this not only as background to my eventful week but also to give you a sense of how busy I've been with this lately.

So Wednesday, a week and a half ago, in the middle of the night, my mom called and said she fell out of bed and was bleeding everywhere. It didn't sound quite serious enough for an ambulance so Todd and I headed over. When we got there, she was COVERED in blood and holding her head. Her night gown was drenched, there was blood on the bed, floor, towels. We knew right away we'd have to go to the ER.

Many hours later, we left the ER, mom with ten staples in her head. It was quite a gash, it turned out. And not only was getting the staples painful (and not so great to watch either!) but so were the numbing injections and the whole cleaning process. Not fun. Fortunately there was no other injury.

Moving on to the next event: Two nights later, at 4 am again, I passed out in the bathroom from low blood sugar. Fortunately Todd heard me fall. He came in and tried talking to me but I became increasingly less responsive. My eyes were also dilated. I was sweating all over. When the paramedics got here my blood sugar was 20! (Normal range 80-120.)

It's very strange waking up in your bathroom with strangers leaning over you. The paramedics had me drink juice (a lot of juice) and eat a peanut butter sandwich. I've never had a harder time eating a sandwich - I had absolutely no saliva in my mouth from sweating so much. After I recovered a bit more, I got back into bed and was shaking pretty bad. My stomach also didn't feel that great (peanut butter and apple juice = bad combo).

I slept for a long time that night but basically felt fine when I woke up. While the incident itself happened because I had done two stupid things, given insulin too close to bedtime and without first checking my blood sugar, I'm not sure why I didn't wake up like I have every other time.

I began being super vigilant about checking my sugars, I was in touch with my diabetes doctor, but unfortunately this led to a very frustrating week of my blood sugars going low while at times not being able to feel it.

Next: About a week after my mom's fall out of bed we went back to her surgeon for her three week check-up. It turned out she had developed a blood clot in her leg after surgery so back to the ER we went to get her started on some anticoagulant. Fortunately they were also able to take the staples out of her head, which saved us a trip to the doctor's office the next day.

And finally: Like I said, I had been frustrated with low blood sugars since the night I passed out. Then on Friday, I woke up from a nap feeling like my sugar was once again low. I checked and it was down to 33 - that's getting pretty close to being scary low. What happened next that put it over the edge was that I started getting a little confused. Since I was home alone, I played it safe and called the paramedics.

Fortunately, this time they came I was still fully conscious. They told me I needed to eat - I'd had enough juice and glucose pills to get my sugar up, I needed food that would keep it up. So they hung out, I ate, my sugar came up and everything was fine. I hate that I had to call them but I think I did the right thing. Low numbers are one thing, but getting to that confusion stage is another whole ballgame.

And that wraps up my exciting week! (Actually week-and-a-half.)

Since I last blogged, a lot has happened and I am not going to torture you all to go back and try to recount. The short version is this: Went to Vegas for a wedding in April and did an amazing side trip to Zion and Bryce Canyon National Parks; My dad passed away in early May after a long slow decline and very hard fight with emphysema; We made our annual pilgrimage to Montana in July and had lots of fun with Todd's brother, our nephew, and did some awesome hiking, fishing, and exploring by car; My 9-month bronch in Aug once again showed no rejection! My health is doing really well, but I am tired a lot and don't have as much energy as I wish I did. I'm told this is perfectly normal even 10 months out from transplant as I am now. I continue to struggle with when/if might be the right time to go back to work - I'm sure I'll be writing more on this later.

Hope to check in again with you all soon! 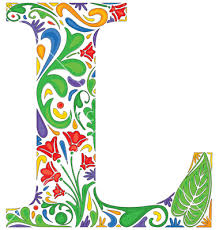 Posted by environmental fiend at 9:42 AM