I spend a great deal of my life making good choices when it comes to my health. I am definitely better than the average bear when it comes to self-care, compliance and pushing myself (some people probably think I push myself too hard but I say you can't have one side of that coin without the other.)

But sometimes when you are sick, you feel like it gives you the right to make bad decisions. Example: last weekend (after a week of coming down with a cold, feeling crappy, being frustrated with my health, being slightly depressed and knowing that I would be starting IVs again soon) I stopped by the beer store on my way home from work and bought an inordinate amount of craft beer, which I intended to enjoy mostly by myself throughout the weekend. And I did enjoy it. (Passed my "morning after" test of not feeling guilty or overindulgent.)

So I can't say I have regrets about that particular situation, but it is a perfect example of me feeling entitled to make a bad decision. Ideally, I should have been drinking as many clear fluids as possible and making sure I got good rest (alcohol can also affect that) at the very least. By the way, the weekend was not a total throw-away, I took two good walks with the dogs, which was about all I had energy for exercise-wise -- but I was proud of myself for doing it. I also kept up with all of my normal stuff and stayed very well hydrated during the daytime hours. :)

Another example of feeling entitled, I LOVE sugar cereal. I love it so much that I have not allowed myself to buy it for the better part of many years - it is like CRACK to me. When there is a box of sugar cereal in the house, my eyes pop open in the morning and I am immediately thinking about Corn Puffs or Golden Grahams. Seriously. Having diabetes, sugar cereal is one of the worst things you can eat because of the fast and furious spike in blood sugar.

I'm not sure where this feeling of entitlement comes from in me. I know that pretty much forever, when I would go to a doctor's appointment or have to get a shot or anything, there would always be a special reward afterward: Taco Bell for lunch, McDonald's ice cream. So maybe my brain is wired that way. And I'm not saying that is a bad thing; as a child it was nice.

So, last time I was on IVs (a meager six weeks ago), I went to the store to stock up on some things and decided to buy a couple of boxes of Crunch Berries (because of the fact that I had to be on IVs for two weeks and was feeling totally crappy.) I ended up having slightly better control over the Crunch Berries - maybe because my appetite was so sparse now that I think of it. But unlike with my sweet potato lager last weekend, I did not pass the "morning after" test - I felt guilty every time I ate them. Now some of you might say (my mother amongst you) that I deserve a break; that I should treat myself because of all I have to go through; even that I deserve it. And what I'm saying is, maybe I don't. Or, maybe I deserve something else. Don't get me wrong, this doesn't mean that I'm not planning to indulge ever again. But it does mean that maybe I will start to look at my reasoning a little more closely.

This time starting on IVs, I had a realization somewhere in between buying the Ho-Hos, really wanting a beer last night and just now: Just because life is hard does not give me the right to beat myself up over it; just because I go through difficult things does not mean that I necessarily deserve a reward. I am the only one who suffers - both in the long and short run - as a result of my poor choices. Hmph. Going to need to think on that one for a while. Clearly there needs to be some balance between sainthood and over-indulgence. Ah, the ever-elusive 'happy medium.' 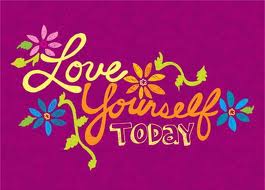 Taking it one step further: The thing about doing something wrong over and over is that it gives you a false chance to reconcile with yourself every time. (It's what I call cyclical addictive thinking.) It's the 'I had Crunch Berries this morning but I will not have any more refined sugar for the rest of the day/week/year!' and the little feeling of elation that comes with it. Most of the time, you end up breaking that promise because - I think - we get addicted to the elation that comes with pledging to do better in the future. (Conversely, or possibly concurrently, I think that people get addicted to the 'beating themselves up' that comes with making poor choices.) I definitely have some of the former in me.

But I also wonder if I am addicted to the "morning after" test itself - I kid, sort of - the always wanting to recount and assess how I feel about things that I have done. I sometimes wonder: what would my mind and body feel like to be totally free and clear? - I think deep down that is a goal that I am afraid to attain. Like life, while idyllic, would be too boring or something. But how would I know?

I read a piece of advice in O magazine a while back that has really stuck with me: Do more of things that make you feel good; do less of things that don't. So simple, yet so brilliant. But it's a good goal for me to strive toward. 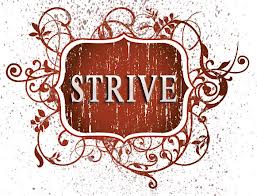 Posted by environmental fiend at 10:12 AM