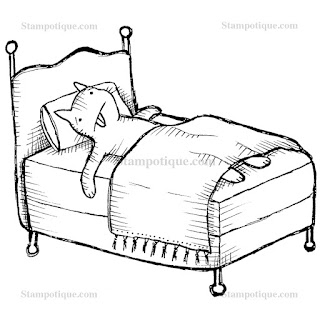 Missed Part I? Read it here.

I woke up at 2 am with a pain in my right lung: I could feel it when I breathed in. Prior to transplant, this would not have been a big deal - I had all kinds of lung pain, mostly the result of infections or small blockages in my airways.

But these were my new lungs, and this, therefore, was something different. I hardly hesitated before waking up Todd. I packed a bag (one for a long wait and another of overnight hospital essentials) while Todd tried his best to wake up mid-sleep, and we arrived at the Duke Emergency Department about 3 am.

I checked in and was lucky to be called back into triage quickly - lord only knows what kind of microscopic organisms I escaped crawling around the front waiting room. We were taken back to room #42, my private ER room.

It didn't take long for things to get rolling...the dreaded blood cultures (4 sample liquor bottle-size containers of blood, necessarily drawn twice from two different needle sticks); another flu swab and a more comprehensive viral panel, looking for a short list of the most commonly harmful viruses; more labs, an xray, urine sample and an EKG. I felt I could cough up a sputum sample and along with the mucus I coughed up was blood! Another scary thing to happen with these new lungs, though not at all uncommon for me before transplant. This was when the flashbacks of "living life with end stage lung disease" really began.

I had a throbbing headache, my back hurt, my BODY hurt. I felt nauseous and got sick to my stomach. The nurses, techs and doctors came in and out; I made them shut out the lights and grabbed naps in between. Fortunately the docs gave me Tramadol and Soma for my aches. It was a small victory considering how difficult it is to get docs to prescribe pain meds. Nothing touched my headache, though. It went from the throbbing/light sensitive type to a general ache and finally to a more mild pain with an uncomfortable head rush when I stood up over those first few days.

Sometime before the 7am shift change, we knew I would be admitted. By that time, my xray had come back with a sizable pneumonia in my right, middle lobe - right where my pain was - some of my labs were wacky and obviously I looked and felt like shit. The doctor suspected a viral component (or instigation) to my illness and wanted to keep an eye on that though nothing ever showed up on the viral panel. I had already been started on a couple of broad-spectrum IV antibiotics to cover whatever might be growing in my lungs.

One early thought the team had was that I might have a pulmonary embolism, which would explain the pain and the blood. Since I have had a blood clot before, I am technically more likely to develop another one (a PE is a blood clot that's in your lungs.) But before they could get too far with that, my kidney function labs came back elevated and they didn't want to add stress  by giving me a CT scan with contrast dye to confirm that. Instead, they ran a blood test which showed them it was unlikely to have happened.

The team also wanted to do a bronchoscopy ASAP. As tired and worn out as Todd was, half-sleeping through the early morning sitting upright in the chair next to the wall in my room (and as much as he wanted/needed to get home to feed the dogs breakfast and let them out), I wanted him to stay for the bronch. I was nervous about what it might show. And who knows, maybe I would even get taken up to the floor after my bronch (my earliest teases at getting a room) and Todd could go home knowing I was situated for the time being?

I had the bronch around noon. Coincidentally it was also done by the ED doctor I had seen. It was not a typical bronch, which checks for infection as well as rejection by taking lung biopsies. This was a "wash out" bronch in which saline was sprayed into my lower lobes, sucked out and then analyzed for goodies.

Turned out the goodies were neither of the usual suspects, Pseudomonas or burkoldaria - both harmful, resistant bacteria that I carried in my old lungs and which have managed to stick around (so far harmlessly) in my new lungs. It was plain old staph! This was good, it meant that there were lots of antibiotic options to treat it, unlike my super antibiotic-resistant old bacteria.

It wasn't until 8:30 pm - long past many promises of rooms and another shift change - that I finally got into a regular room on the 7800 transplant floor.

Stay tuned for my early adventures on 7800.

Posted by environmental fiend at 11:10 PM