I have had lots of ideas - new year thoughts, writing my donor letter, resurgence of soap making, losing a beloved cat and the shenanigans of our newest feline family member - but I have been slack about writing. I'm sorry! Although I am tempted to do one of the "update" blogs that I so despise, I am going to resist and instead talk about my first real person cold last week! (I will mix in some catch-up pictures instead.)

Monday morning I woke up feeling awful: sore throat, productive cough, swollen glands, and a bad headache. Fortunately, I had no fever and my mucus was nothing but clear. I can't tell you how strange it is to have a cold with normal people's mucus! Every time I coughed I swore it was going to be a big gross blob, but it wasn't! So weird.

Todd was concerned and thought I should call my coordinator. Duke being Duke, they wanted me to get a slew of tests to rule out strep, flu, and to check my white blood cells and other blood work. I dragged my ass out of bed and Todd took me to Duke Hospital in Raleigh. I was coughing uncontrollably - that devilish tickling in your throat - in the lab waiting room. It reminded me of the bad old days of suppressing coughs in public.

After the Duke excursion, I went home and went back to bed. I can't remember what else I did, but it probably involved binge watching Nurse Jackie.

One thing that kind of sucks about transplant - besides being dragged out of bed for proactive tests when all you want to do is lay around in your pajamas - is that you aren't allowed to use any of the traditional "cold and flu" remedies. You are stuck with Tylenol and Guaifenesen. It's hard to find, but Guaifenesen in liquid form does exist - it's like a stripped down version of Robitussen. After that, you are relying on what feel like old-fashioned home remedies like cough drops, hot showers, hot tea (no honey!), getting lots of sleep, and good old sweet time. It's very primitive for someone who has undergone such a complicated life-saving surgery.

The good news about my labs was that I was negative for flu and strep. The bad news was that my kidney functions were not good - my creatinine had spiked way up to 3.0! Because of this, several medication changes were made. They told me that drinking 64 oz water/day was mandatory, and more fluids beside that, if possible. I've developed a system for that and I've really tried to lay off dehydrating beverages.

As a side note, all of this was happening during my COBRA transition period - a time during which I am technically covered (but only retroactively) but sort of not covered. Fortunately with many phone calls I was able to straighten everything out and the insurance ship is now sailing smoothly.

A short regression: Somewhere in the middle of all of the calls and emails with my coordinator, tracking all of the medical changes that were going on, and getting procedures done, something occurred to me: I am damn good at being a patient. I know, who cares, right? And - here's the weird thing - I actually kind of miss it sometimes. I know that sounds crazy, but it's what I've known all my life. Doctors, clinics, labs, medication changes...it became so much a part of my life before transplant that in some ways it's actually difficult to leave behind.

Don't get me wrong, there is a LOT that I don't miss - the hours of treatments, the weeks of IVs, the days I felt like crap. Good riddance to all of that! But there is a human connection and special kind of attention one gets with doctors, nurses, lab technicians, even fellow patients, that I miss. In ways I feel totally disconnected from my old CF community - because once you get new lungs, you have "transplant," not CF. This could be another whole blog but I will stop there.

Anyway, fortunately this cold turned out not to be anything serious. I'm very grateful for that. (I also live with that whole "when is the next shoe going to drop" feeling in the back of my head. Could this be the beginning of my downturn??) And in a way, I'm glad to have it behind me because I always felt it looming in the background, and I had some idea of it being really really terrible to go through a viral flare-up with a suppressed immune system. But it wasn't! It was just as miserable as a normal person gets. Hooray for normal!! 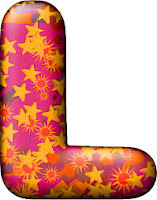 Posted by environmental fiend at 8:45 PM