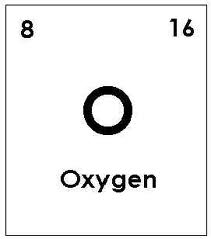 I was trying to think of a useful health analogy to describe what's going on with me lately and the word "oxygenville" popped into my mind. If you are wondering what oxygenville is like, it is slow without necessarily being leisurely, everything seems to take longer than it should, it is restricting, limiting, frustrating and also a little bit mellow.

Since I am now caught up on all of my happy vacation photos, I will now delve into a bit of what has been going on with me health wise. I got sick while we were out in Montana. It was four days after the flight out there and since I was not around any sick people (and am always very careful) I assume I caught something from the flight itself. This is frustrating because I wipe down everything around Todd and I's seats, wear a mask and sanitize my hands regularly on plane trips.

In any case, Todd and I were able to go on our excursion to Glacier and Waterton National Parks for three days and were able to do most of what we wanted before we started feeling badly. (We both got sick about the same time.) When we got back to our home base in Ennis (Todd's aunt Susan has a cabin there that we all stayed in), all of the four aunts took off to Yellowstone for a couple of nights leaving Todd, his brother Brad and I in charge of both Todd's ailing dad and Brad's four-year-old son Sawyer. (For those of you who don't know, Todd and Brad's dad is dying of cancer and the trip to Montana was a last chance for all of the family to get together with him.)

I was feeling better and worse depending on the day, running some low-grade fevers, coughing and more congested than usual. My oxygen also got low, but that was exacerbated by the elevation out there. I didn't start feeling truly terrible until the morning of the flight home. I woke up with a decent fever, exhausted, feeling like total crap. And of course there was nothing to do but fly home!

I went to see my lung doctor the following day. I felt so bad that I didn't even do lung function tests at clinic because I knew I was going to need IVs. If I had done them, I have a feeling they would have been low enough that Dr. C would have wanted to put me in the hospital. As it was, though, stuffed full of Tylenol and all, I presented better in clinic than I thought I would. I really thought there was about a 70% chance I would be admitted to the hospital, but as it was, Dr. C said if I felt well enough to take care of myself at home then that was okay to do. So I went home and eagerly waited to start on IVs the following morning. 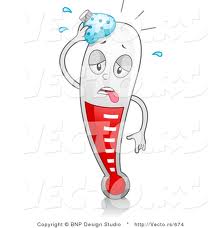 Meanwhile I'm starting to feel really really bad. I am on round-the-clock Tylenol, having headaches, feeling zonked out of my mind, absolutely zero appetite, coughing a lot and my oxygen is low for me. When my nurse comes to access my port Wednesday morning she says, "I've seen you worse" - but I have a feeling it's a close call. I'm also a little anxious because the doctor has changed one of my two trusty IV antibiotics and I'm hoping so badly that doesn't slow down my recovery.

The first three days on IVs I'm still miserable. My fevers are going up into the 101s, I'm sleeping all the time, still no appetite, my blood sugars are through the roof in the 300s and 400s no matter what I do, I'm wearing my oxygen at night and most of the day because of low sats and I'm still having headaches, my PFTs are in the toilet, I'm feeling short of breath at the slightest exertion and to top it all off I develop a pain in my left side near my diaphragm - the doctor thinks it's from infection being close to the lining of the lung. In short, I feel each day like every time I have been this sick I have been in the hospital. And it's fucking miserable being in the hospital when you are that sick with none of the comforts of home (furry and otherwise.) I kept going back and forth about feeling I should be admitted, but I'm glad that I stood my ground with being home - I think I made the right decision. Too many bad/annoying/bullshit things go along with being hospitalized.

The next few days were a little better. My fevers went away, I was able to get off of the oxygen more, I had a bit more energy, blood sugars were not as crazy, my shortness of breath was easing up, headaches were better, pain was getting better. In short, I started to feel more human again. It's like that time right after a fever breaks and you say to yourself, I'm going to make it. And I knew that I was out of the clear as far as the hospital which was a huge relief. 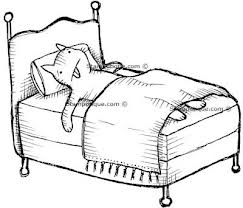 As I approach the 7-day mark on IVs, I again start feeling worse. My nurse, who comes to my house to draw labs and change my port needle, reminds me that this means that things are breaking up and starting to move out. She says my lungs are sounding better - so this is a good sign. However, I am feeling more tired as the bugs proliferate and die in my body, and my oxygen is once again low meaning I am wearing the oxygen almost 24 hours a day now.

There are many corners to turn during a CF exacerbation, but I feel like I am turning another one now. Yes, my oxygen is still low (my doctor wants to make sure on Monday I didn't develop a blood clot from flying which would be making my sats low). But I am feeling a little more energy - in fact I am almost to the point of being ready to exercise, which is the real thing that is going to pull me out of this. Exercise, Prednisone and time.
Posted by environmental fiend at 1:58 PM