Spent the last two weekends at the beach with Todd's brother, father and our four-year-old nephew Sawyer. Three generations of Platts! We had so much fun. I thought I would show you in pictures. 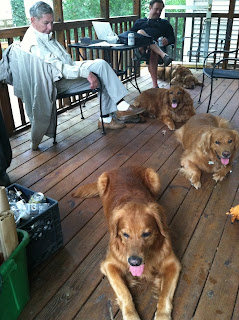 Roger and Brad made a stopover in Raleigh to pick up Sawyer and Jill from the airport. This meant FOUR golden retrievers at our house! 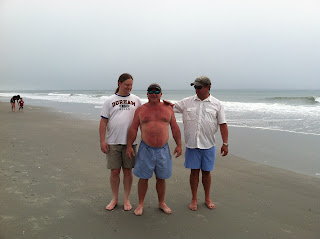 Todd, Dan, Brad - We went down to Myrtle Beach to celebrate Dan's 50th with him. 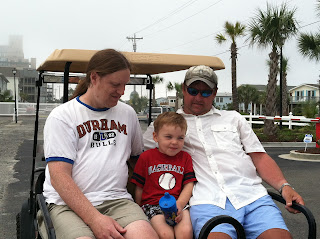 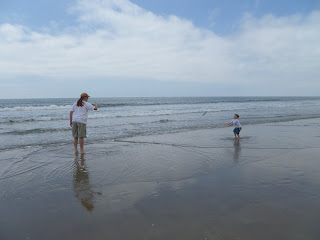 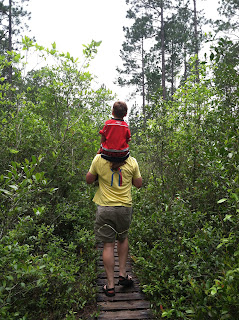 We went to a nearby TNC preserve - the Green Swamp - to look for Venus flytraps. Sawyer had a lot of fun but got tired at the end. 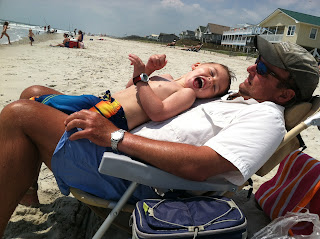 Sawyer and Brad on Holden Beach. 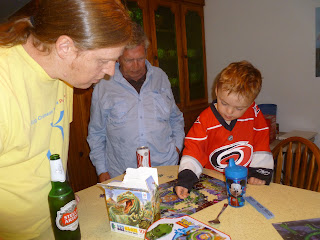 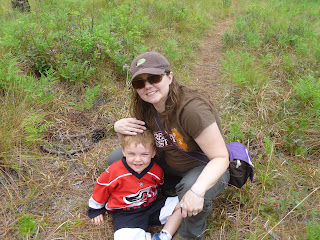 Sawyer and I in the Green Swamp. 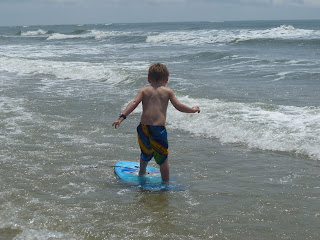 Sawyer's first time surfing - he's great at practically any sport he attempts.
Posted by environmental fiend at 7:50 AM